Product was successfully added to your shopping cart.
Checkout
0item(s)

You have no items in your shopping cart.

THE MOST EXPENSIVE TEDDY BEARS OF ALL TIME

The ‘Dicky’ bear, featuring five joints, was introduced by Steiff in 1930 as a lower-priced bear to suit the financial struggles of the Depression. This example was given as an engagement gift in 1930 and treasured for a lifetime before being consigned to auction in 2007. It sold at Christie’s in London for £26,400 (around AED 127,000), far above its top estimate of £8,000.

Made in 1908, this rare cinnamon mohair centre-seam bear featured a silver brooch bearing the name ‘Will’. Having formerly belonged to the renowned teddy bear expert Pam Hebbs, the bear sold at Christie’s in London in December 2004 for £28,680 (around AED 138,000). 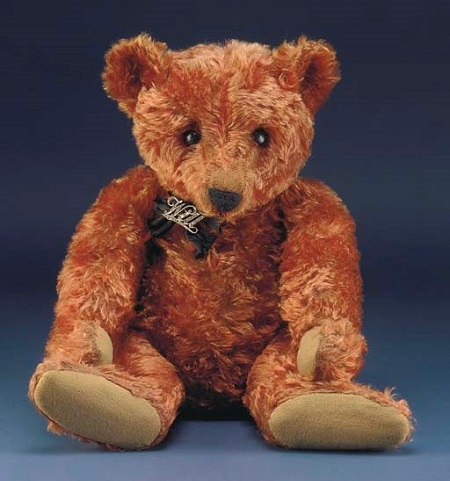 This Steiff bear featured a tin canister inside it which was used as a hot water bottle for children. Although the company expected the bear to be a success, a lack of demand meant that just 90 examples were produced from 1907 until 1914. In December 2006, a rare example featuring its original water canister sold at Christie’s in London for £31,200 (around AED 150,000). 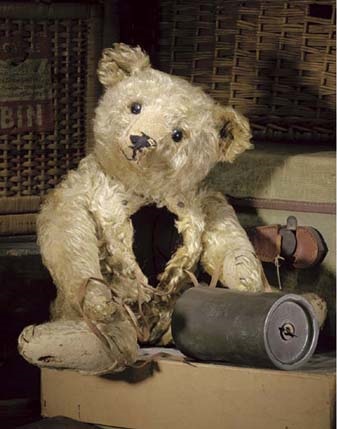 In 1908 Steiff produced six different coloured bears and sent them to the London department store Harrods as samples for future orders. The blue bear, named Elliot, failed to attract any orders and it remained the sole example of his kind. Having survived intact for 85 years, this unique bear was offered for sale at a Christie’s auction in London in 1993 – where it smashed its estimate to sell for £49,500 (AED 238,000). 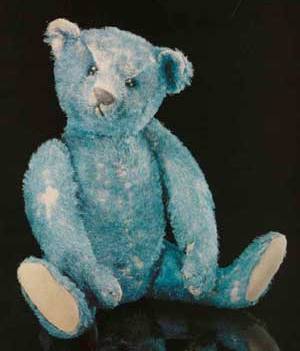 In 1989, renowned teddy bear collectors Rosemary and Paul Volpp decided to purchase a bear to celebrate their 42nd wedding anniversary. They eventually bought an original 1926 Steiff Happy Anniversary bear at a Sotheby’s auction in London with a winning bid of £55,000 (arround AED 264,000) – setting a new world record which stood for five years. 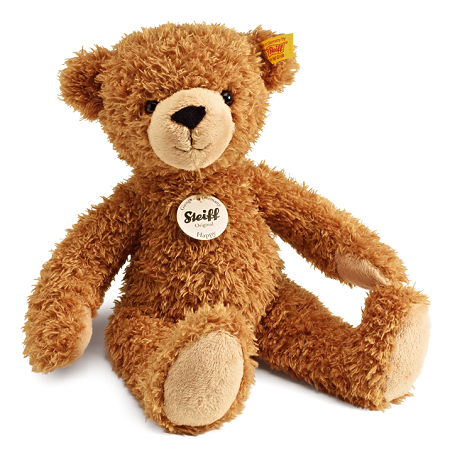 This multi-coloured Harlequin bear was made by Steiff in 1925 as a sample, and just a single example survives today. In 1999 it was bought during an auction at the annual Steiff Festival in Giengen, Germany by collector Paul Greenwood, for a price of £60,000 (around AED 288,000). Hedge fund manager Greenwood was later convicted of fraud, and forced to auction his entire collection of teddy bears in 2010 for a total of $1.75 million. 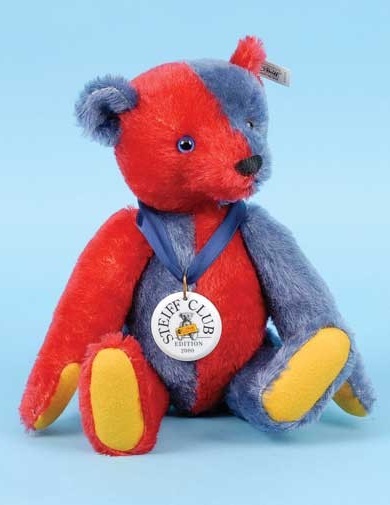 This bear, produced in 1904, is the earliest Steiff bear to ever appear for sale. The earliest bears, made in 1903, featured string joints for the limbs but none have ever been discovered. The 1904 bears were made with metal rod joints, making them far sturdier, and several original examples survive today. At the annual Steiff Festival in Giengen, Germany in 2002, one of these original ‘rod’ bears sold at auction for £82,000 (around AED 394,000). 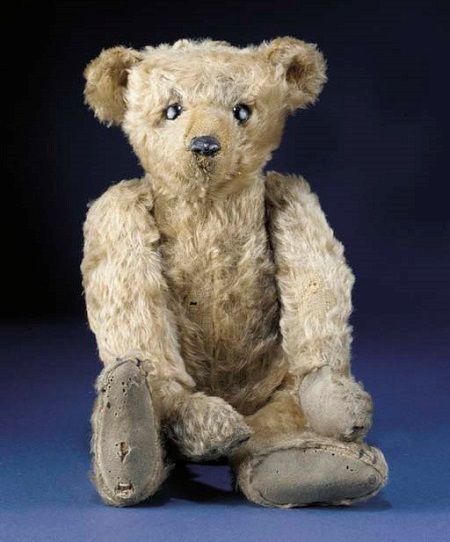 Following the sinking of the Titanic in 1912, Steiff produced 600 black mohair ‘mourning’ bears to commemorate the tragic event. They were made in five different sizes, with just 82 bears produced measuring 20” tall. In 2000 one such example, which had spent a lifetime stored in a closet, sold at Christie’s in London for £91,750 (around AED 441,000) to the Puppenhaus Museum in Basle, Switzerland. 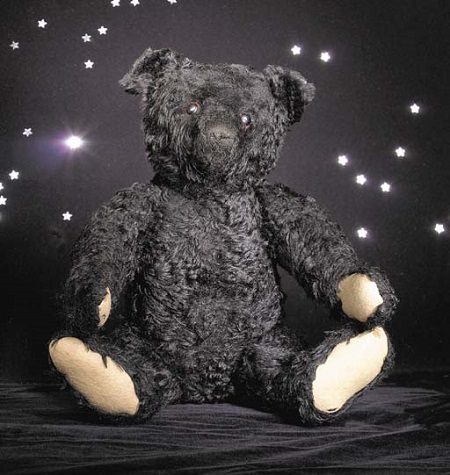 This Teddy Girl bear, made in 1905, was given as a gift to Bob Henderson the day he was born. Henderson later became a Colonel in the British Army, acting as a small arms adviser to Field Marshal Montgomery, and took the bear to war with him. Having survived the D-Day landings, in 1962 Henderson became the President of the Teddy Bear Club and founded Good Bears of the World, an international charity which provides teddy bears for sick children. Henderson passed away in 1990, and in 1994 his beloved bear was offered for sale at Christie’s. It sold to Japanese businessman Yoshihiro Sekiguchi for £110,000 (around AED 528,000), setting a world record price for an antique bear which still stands 20 years later. 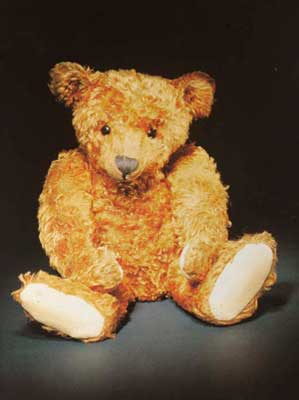 In 2000, Steiff teamed up with the luxury brand Louis Vuitton to create the world’s most expensive bear. Wearing a designer coat and hat, and accompanied by a miniature Louis Vuitton suit case, the bear sold at a Monaco charity auction in 2000 for an amazing $2.1 million (around AED 7,728,000). The buyer was renowned Korean collector Jessie Kim, and the bear now resides at the Teddy Bear Museum in Jeju, Korea. 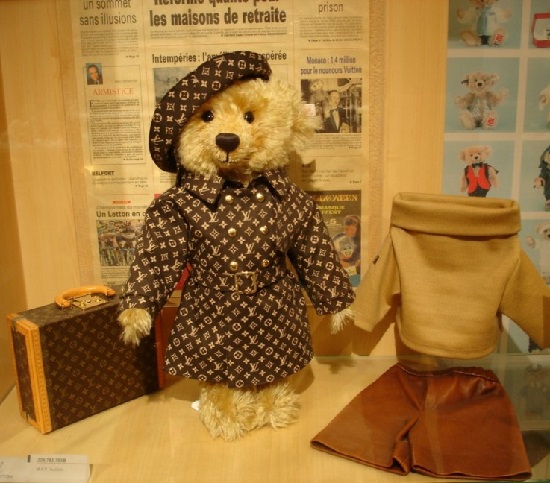 Get the latest updates about Mashoonya Gifts by following us on Facebook!